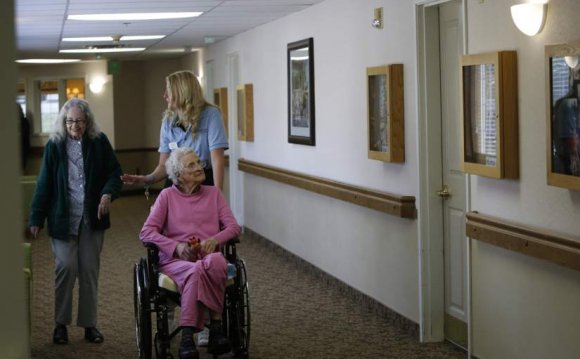 During the early 1950s, the Archdiocese of Baltimore, under the leadership of Archbishop Francis P. Keough, addressed the pension requirements for the elderly by building Stella Maris. Archbishop Keough welcomed the Sisters of Mercy, known for their administrative abilities and caring care, to use Stella Maris, called for Mary, celebrity associated with the water. He devoted Stella Maris on September 12, 1953, and Sister Mary Celeste Waynant, RSM, served since the first administrator. In the very first decade, whilst the original residents begun to age, their needs changed. Consequently, extra solutions had been added and an innovative new five-story building had been constructed. In 1966, the Pangborn Wing ended up being devoted by Archbishop Cardinal Shehan. This new wing doubled the size of Stella Maris and replied an ever growing requirement for medical homecare. Stella Maris ended up being now in a position to offer caring look after over 400 residents.
Read More

Future development during next three decades changed the face of Stella Maris. In 1980, St. Elizabeth Hall, a building of 200 flats for seniors living on their own, ended up being exposed. It was 1st senior apartment complex in the country mounted on a nursing house. In 1983, Stella Maris had been state-certified for hospice services, providing the state’s initially integrated house and in-patient hospice system. By 1992, Stella Maris initiated a sub-acute care program, offering temporary rehab care for patients, also unsealed the Marion Burk Knott Wing for persons with alzhiemer's disease. With this specific final development, Stella Maris increased the amount of certified beds to 448, which makes it in those days the state’s largest lasting treatment facility. In 1997, Stella Maris had been bought by Mercy infirmary through the Archdiocese of Baltimore and became a Sisters of Mercy sponsored ministry. After that in 1999, it became a joint venture partner of Mercy wellness Services. These days, Stella Maris is a 412-bed center and it is the second-largest long-lasting care center in Maryland.

For more than 60 years, Stella Maris was a leader in offering Baltimore-area residents with a comprehensive range of health insurance and domestic solutions. The Stella Maris team of highly trained specialists includes nurses, certified nursing assistants, social workers, chaplains, practitioners and other caregivers. A large share of specific volunteers who provide their time and abilities to Stella Maris enhances the treatment and convenience for the customers and residents. The skilled and caring attention given by the Sisters of Mercy and the staff serves older people from your retirement through the end of life. Although the campus has significantly altered throughout the years, the tender, compassionate proper care of each citizen has actually remained continual.